Formula 1 has been the most important motorsport competition for 66 years, since early beginnings in the 1950s. The sport bears its name due to the rules that apply to the racing teams involved. All participants must abide by a ‘formula’, whereas, the ‘1’ in the name designates the premier racing category. The popularity of this sport can be seen by its representation in the online sports betting world – almost all sportsbooks offer odds for the main championships. On websites that offer sportsbook reviews, such as the Golden Nugget Sportsbook review, you can also find some promotional codes for new players, aside from the description of the sports offered. 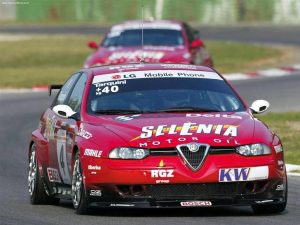 In May 1950, the first Formula 1 World Championship race in the modern era (after the events of World War II) was held in Silverstone, England. It was the 1950 British Grand Prix. Alfa Romeo dominated the scene. Out of 22 participants, three Alfa Romeo drivers made the podium and one finished in fourth place. Giuseppe Farina became the first World Champion, followed by Alberto Ascari, and a five-time winner and a true racing legend Juan Manuel Fangio. Mike Hawthorn became the first British champion in 1958.

The 1950s also demonstrated the dangerous side to F1 racing. 13 deaths occurred in one decade. Given the speed that the drivers need to adjust to, F1 requires serious physical preparations. Turning corners at enormous speeds makes it difficult to move your muscles at just the right amount required to turn, break, etc. Moreover, the amount of time that a driver has to react is significantly reduced making it an extremely dangerous sport. Therefore, the necessary steps were made to improve the safety of the drivers along with technological advancements.

In the 1970s Bernie Ecclestone, the former chief executive of the Formula One Group, made significant adjustments to the commercial side of the sport, turning it into a billion-dollar enterprise. Ecclestone entered twice in the late 1950s as a driver but did not qualify in any of them. 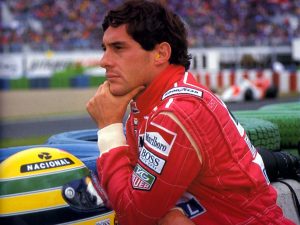 The 1980s were marked by the fierce rivalry between Ayrton Senna and Alain Prost, cut short by Senna’s tragic death in 1994. Prost won four World Championships, and Senna won three.

Often considered the best F1 driver of all times, Michael Schumacher dominated the scene during the 1990s and early 2000s. He won the World Championship seven times, setting the current world record.

Car performance is being improved year after year, as F1 features the most technologically advanced cars by the top car manufacturers, such as Ferrari, Mercedes, and McLaren. To give you an indication of just how the Formula 1 vehicles perform, compare the Bugatti Veyron, one of the fastest sports cars, and the Formula One Renault R25. The Bugatti Veyron is a car valued at $1.7 million and its top speed is just over 400 km/hr. It dishes out 530-horsepower per ton – this is a power to weight ratio. 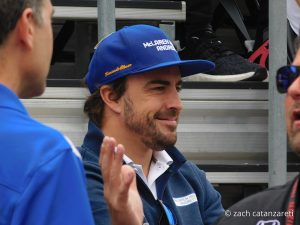 The Renault R25 is the car that Fernando Alonso won a championship with. This frightening vehicle has a power to weight ratio of 1500-horsepower per ton, which is absolutely incredible.

In the 21st century, we saw a rise in manufacturer-owned racing participants with Renault, BMW, Mercedes, and others. Ferrari holds the title for the most successful team and has won 15 Constructor’s Championships, more than any other team.